I’ve imagined this photo in my head for years, but have just been waiting for the stars of the Milky Way to literally align with the horizon of Yosemite on a moonless night. Summer is the best time of year for this, so there are only a handful of moonless nights that it can happen. I was able to get off work a little early on Friday to beat the crowds to Yosemite (what was I thinking going to Yosemite on a 3 day weekend).

When I arrived at Glacier Point, the crowds weren’t too bad (not nearly as bad as down in the valley), but there was a ton of fog rolling in. At one point, I couldn’t see more than a few hundred feet in front of me, which isn’t particularly good when you are looking to have a clear view of the valley and stars. After talking to the ranger, apparently the fog being that thick is quite rare though. Luckily, just after sunset, the fog started to disappear and reveal the valley below and stars above. I love how the fog disappeared just enough to reveal Nevada Falls on the lower right. 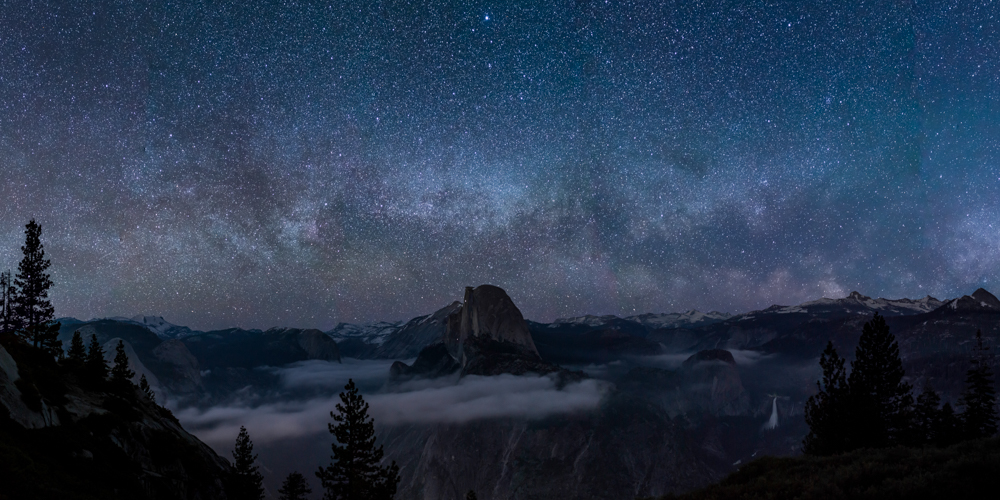 The fog at sunset: