After a very dry December/January/February, we finally got a decent amount of rain in early March. With late Winter through early Spring typically being the best time for photographing waterfalls and me wanting to get the kids out hiking more, I figured Table Mountain would be a good location as there aren’t many trails and the kids could wander a bit.

We decided to hike out to Phantom Falls, which was roughly 3 miles depending on how direct your route is. Apparently, we “wandered” a bit more than I thought because our hike ended up being closer to 5 miles. Everyone did surprising well with just a few bumps and bruises, soaked feet from the 10+ creek crossings and “daddy I need to go poop” when we forgot wipes. I’m sure the lens wipes I had with me stung just a bit!

I brought my 4×5 camera (or I should say my wife carried it unknowingly in her backpack) as well as my D850 to test out how different types of films work with long exposures. I exposed a sheet of Ektar 100, Velvia 100 and Delta 100 at 1/30 of a second just using a 2 stop hard edge neutral density filter to darken the sky down a bit. Then I put a 10 stop neutral density filter on and shot the same 3 films for roughly 30 seconds (hopefully accounting for reciprocity failure correctly on each) to smooth out the water and clouds.

My favorite shot of them all ended up being the Ektar 100 (1/30 of a second exposure converted to black and white): 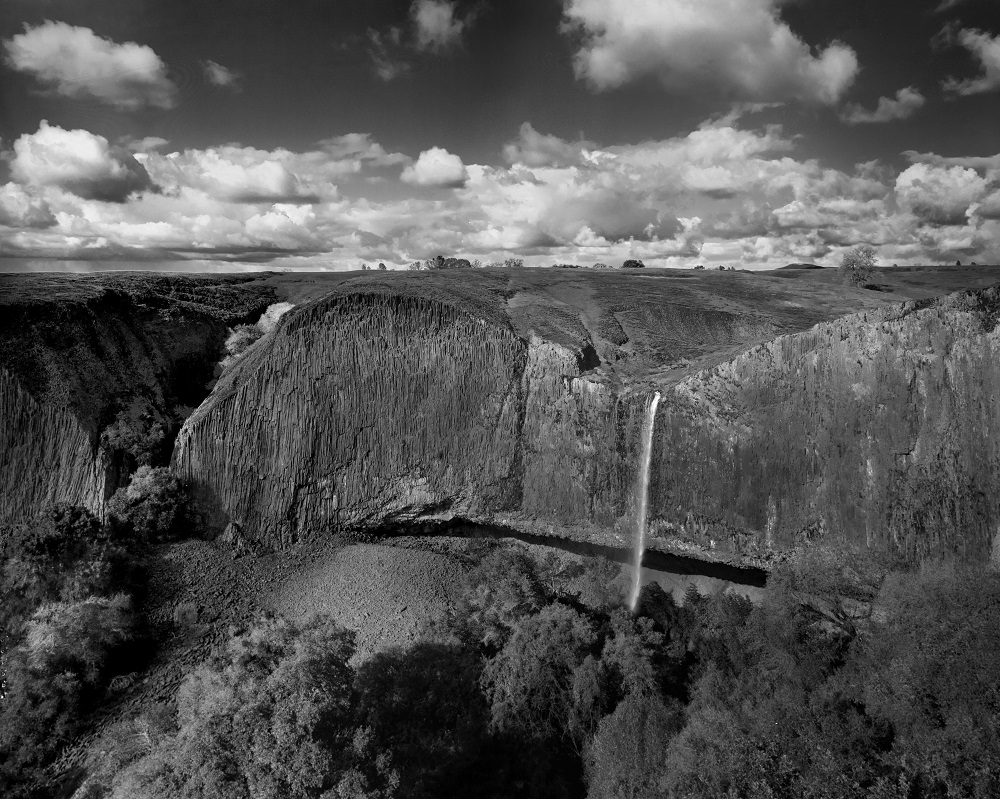 For comparison, and again in case the film didn’t turn out, here is the shot from my D850 (five 30 second exposures stacked in Photoshop to really give the clouds motion): 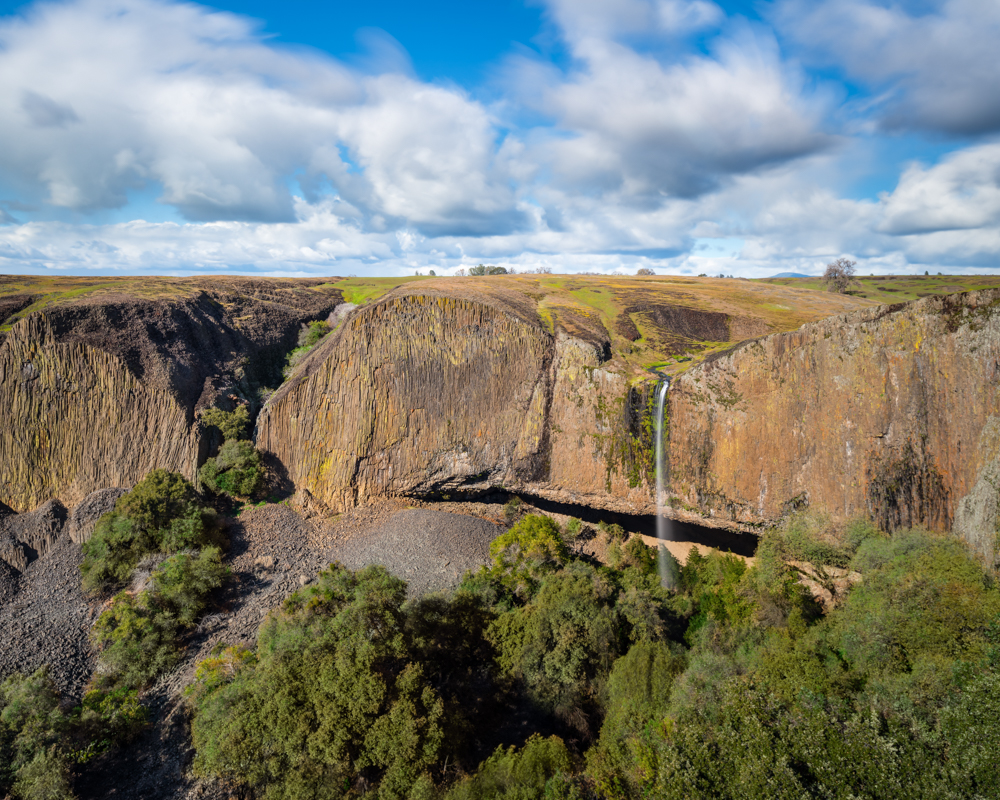 After exposing the 6 sheets of film, my wife was quick to ask how much this little trip ended up costing us. I guess I got a bit carried away with the film and should probably pay more attention to that in the future…

Disclaimer: I used a little “artistic license” to green up some of the trees at the bottom of the falls. I guess a fire recently went through there? The brown trees really took away from the feel of the scene.